Streetphotography in Reykjavik by projectphoto.ch

While working & travelling in Iceland we captured some streetphotography in the nordic capital of Reykjavik.

The street photographer can be seen as an extension of the flâneur, an observer of the streets (who was often a writer or artist)

Framing and timing can be key aspects of the craft with the aim of some street photography being to create images at a decisive or poignant moment.

Street photography can focus on people and their behavior in public, thereby also recording people’s history. This motivation entails having also to navigate or negotiate changing expectations and laws of privacy, security and property. In this respect the street photographer is similar to social documentary photographers or photojournalists who also work in public places, but with the aim of capturing newsworthy events; any of these photographers‘ images may capture people and property visible within or from public places.

Street photography and documentary photography can be very similar genres of photography that often overlap while having distinct individual qualities.

Documentary photographers typically have a defined, premeditated message and an intention to record particular events in history. The gamut of the documentary approach encompasses aspects of journalism, art, education, sociology and history. In social investigation, often documentary images are intended to provoke, or to highlight the need for, societal change. Conversely, street photography is réactive and disinterested by nature and motivated by curiosity or creative inquiry, allowing it to deliver a relatively neutral depiction of the world that mirrors society, „unmanipulated“ and with usually unaware subjects. 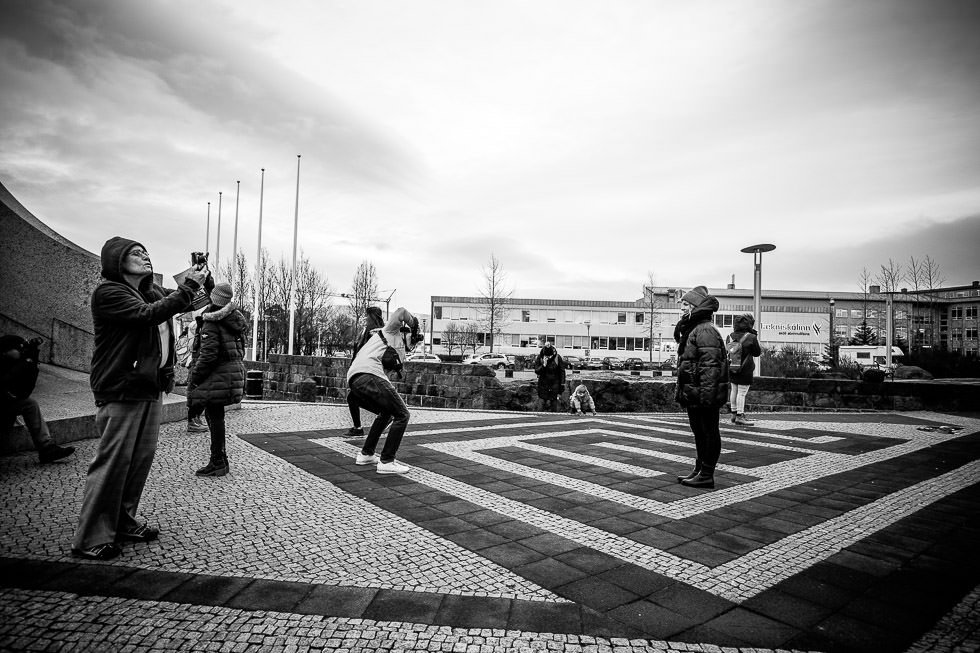 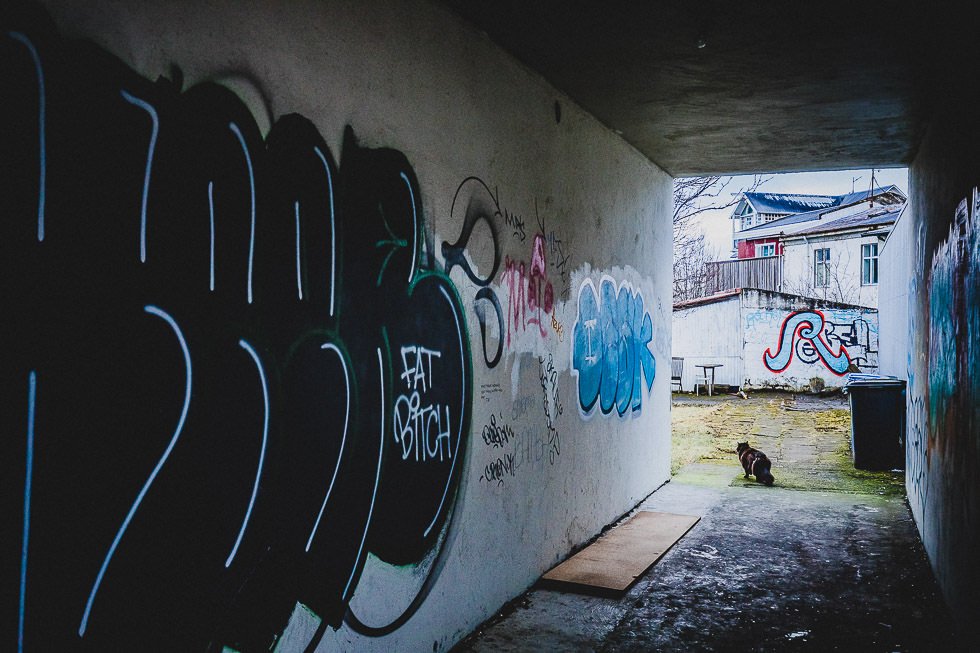 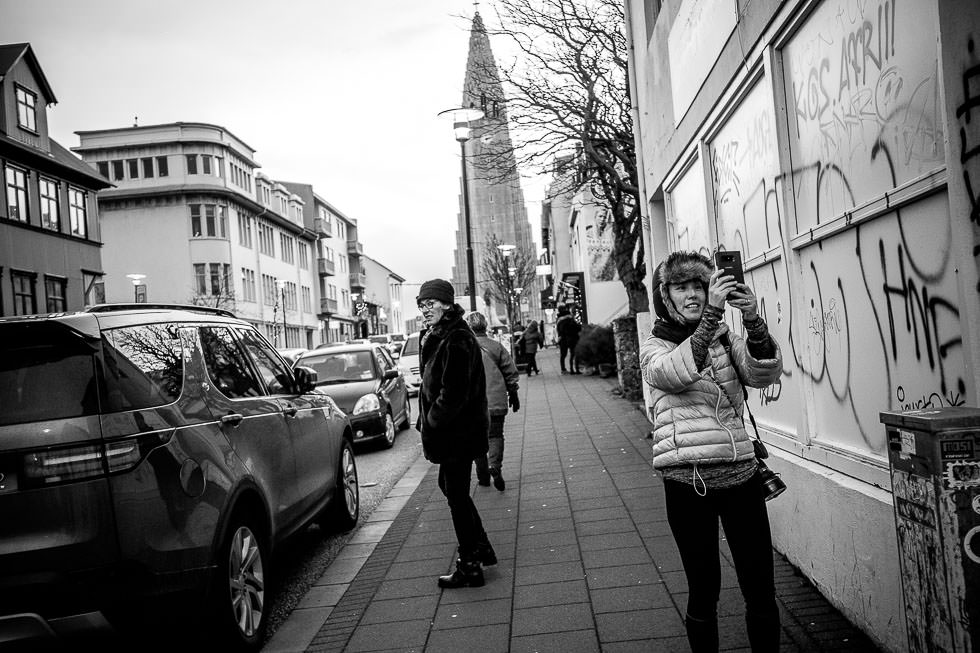 Taking images of tourists taking selfies with Hallgrimskirkja as background

Some are wearing winter clothes others are still using their shorts

is the capital and largest city of Iceland. It is located in southwestern Iceland, on the southern shore of Faxa Bay. Its latitude is 64°08′ N, making it the world’s northernmost capital of a sovereign state. With a population of around 123,300 (and over 216,940 in the Capital Region), it is the heart of Iceland’s cultural, economic and governmental activity, and is a popular tourist destination.

Reykjavík is believed to be the location of the first permanent settlement in Iceland, which, according to Ingólfr Arnarson, was established in AD 874. Until the 19th century, there was no urban development in the city location. The city was founded in 1786 as an official trading town and grew steadily over the following decades, as it transformed into a regional and later national centre of commerce, population, and governmental activities. It is among the cleanest, greenest, and safest cities in the world.