While working & travelling in Iceland in december 2018 for 6 days – whoop whoop – we were booked to capture a winter elopement wedding on the Snaefellsnes peninsula – and crossed out two big thing’s on our bucket list in a row – covering a winter elopement wedding in iceland and capture the northern lights – we travelled with a campervan from Campeasy (and slept in this van as well). 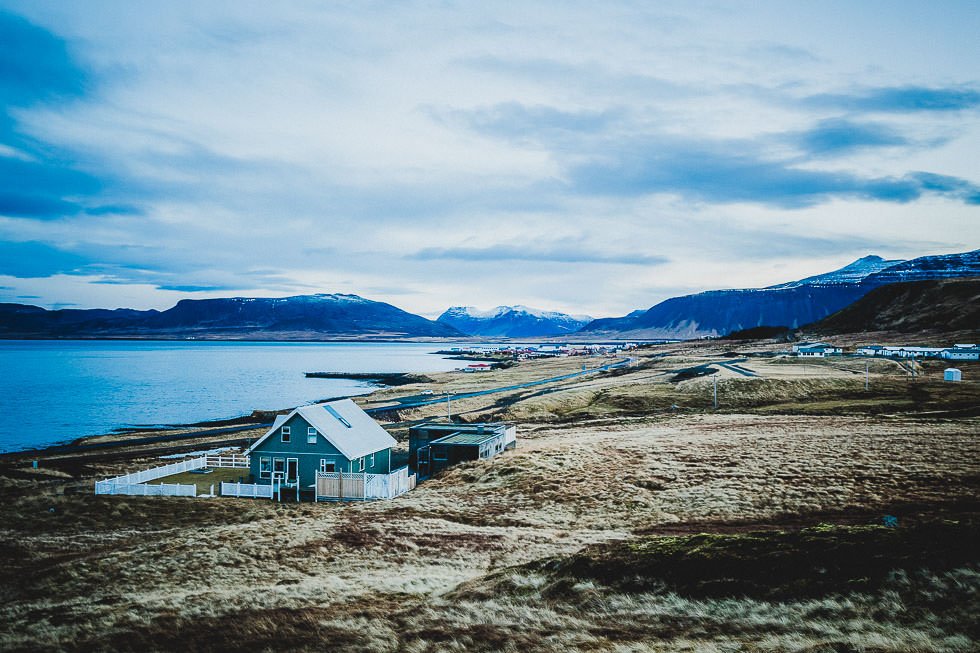 We used the Camp Easy Clever 4×4 Campervan as in Iceland in Winter you have to be cautious about the weather and street conditions as well and we highly recommend to book a 4×4 instead of a normal one to be on the safe side. 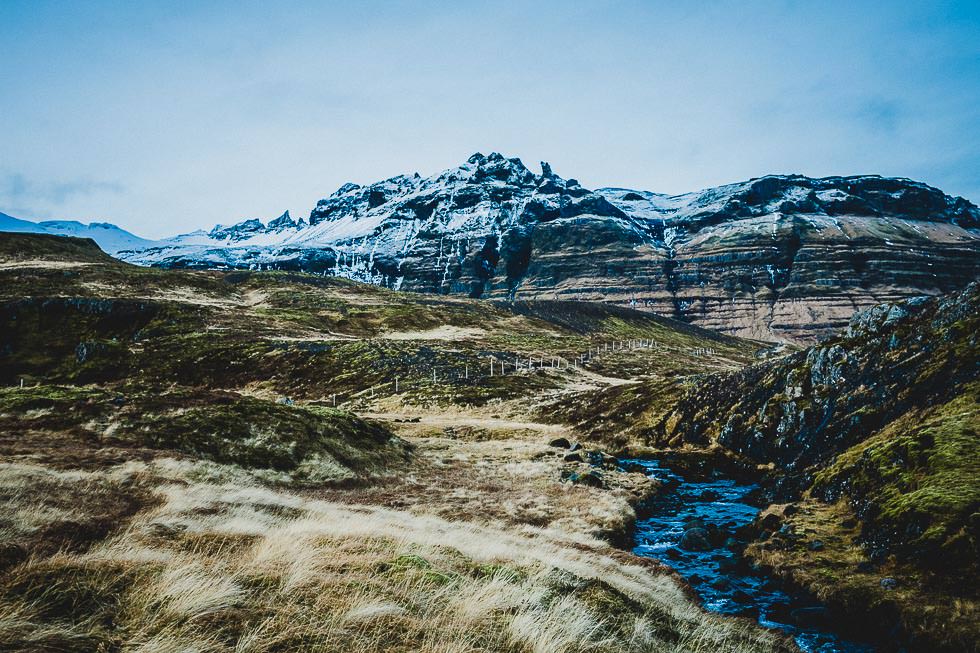 A lot of Campervan companies do not rent out their van’s in wintertime but Campeasy does so this company was our first choice for our winter trip and we wanted to check if it could be a match for our upcoming summer trip to Iceland in July 2019 as well. 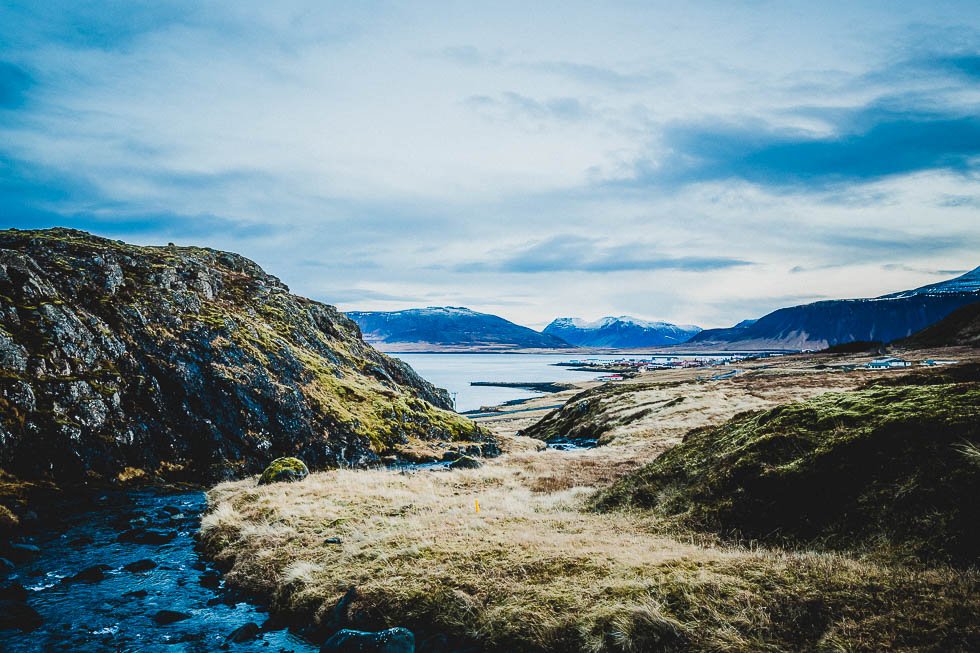 Going on a road trip in a campervan is a great way to discover Iceland in general. You get the chance to be closer to nature, to be more flexible, and get the chance of experience the easy life. And it’s much more simpler in winter time as most of the campsides are closed. This means we has to use the local swimmingpools to get a shower – luckily every town in Iceland has its own because going for a swim is an very icelandic tradition.

In this blogpost, you can read about our experience of traveling in Iceland with a Campervan from CampEasy, why you should rent a camper van in general and why you should rent a campervan from CampEasy (of course) and we will show you guys stunning images of Iceland as we of course took also some landscape & streetstyle photography while being there as well.

Traveling with a camper van is the best way to really explore Iceland from our point of view and for being on the road. A campervan gives you freedom, flexibility, and a chance to be closer to the stunning nature of Iceland. For some years now you have to stay at campsides nevertheless if you a travelling with a campervan or go camping with a normal car and a tent – no wild camping outside these sides is allowed any more.

Beside this „limitations“ to stay overnight at the regular campsides ( which not needed to be pre-booked by the way) what are the advantages of renting a campervan for your next trip instead of staying at hotels?

What camper van to choose from CampEasy ?

This decision depends on the season your are travelling, which roads you want to use (only the ring road or others – gravel ones for example – as well) and with how many people you are travelling, how much space you need during your time in Iceland.

You can cook your own food in the Easy Clever / Easy Big as it has a little but well equiped kitchen – we mainly used this opportunity to cook coffee & tea all day long and some soups for lunch & dinner as well – we are more the eating out people and as we are based in Switzerland we are used to high living cots as well and Iceland has the same prices as Switzerland, but if you are based in an other country and want to save costs on food you can cook in your van.

What you get in an Easy Clever 4×4 Campervan (what is included):

It was our first time staying in a campervan during an Iceland-Trip – in July 2018 we rented two holiday homes instead and drove a normal car and did trips from our two home bases. But travelling back and forth was been not always easy and on some days we were jealous of the people travelling with campervans because they were more flexible and could stay overnigt at stunning places while we had to drive back to our holiday home.

This experience led to the idea of renting a campervan for our next trip which we did.not had to drive back and forth as we needed. The van was surprisingly comfortable to sleep in, there was much space for two people o the bed in the back. As we were travelling in winter we used sleeping bags in addition to the included Duvets & Pillows which where to thin for us.

The space to store our luggage was okay – we used the space underneath the bed in the back and the drivers sets at night as well (we travelled with a lot of photographers equipment this winter).

It was also nice with the heater that we used everytime while being in the car and of course during the night since it can get pretty cold during the winter.

Yes it take some to adapt living and traveling in a campervan (and we are really looking forward to use the open campsides on our upcoming ummer trip instead of the closed ones in winter – you could place your car at the closed campside in winter but you have no facilities or only a toilet) but its a unique experience and we can highly recommend it.

Insurances and other fees

We had only the SCDW insurance, no Gravel Protection insurance needed in winter and no sand/ash protection as well – maybe a different case while travelling in summer we will see. The guys from Campeasy tried to sell several other insurances and it seemed they earn some commision in selling them because they discussed at bit with us (the only neagtive point we have to mention as far as their service in concerned).

You can also choose to add some gear to your camper for extra fees. Campeasy offers chairs/tables, BBQ grill (not needed in wintertime), WiFi, inverters, flashlights, trekking poles, guitars, coffee press, towels, maps, GPS, camping cards, baby chairs and more! They also provide you with a fuel discount card. We used the inverter, which is good if you want to charge your devices while travelling (and we had to recharge especially our photoequipment) and two extra gas stoves (which were refundable if you not have used them on your trip which was a plus).

We recommend to buy a local sim card from Simin instead of using the added WiFi or the GPS – the campervan comes with a tablet which you can use for your navigation but we use our mobiles with google maps on it while travelling. We added some icelandic apps –  Vedur, 122 Iceland, Vegagerdin – and used them while travelling.

Campeasy offers a 24/7 phone hotline which you can call if you have any issue whoch is very helpful.

Summary of our experience with Campeasy Iceland:

In general we were happy with the campervan that Campeasy provided for us the Easy Clever 4×4 – it exceeded our expectations, it was more spacious than expected and was comfortable for both driving and sleeping in.

The staff of Campeasy was very friendly and easy to work with.

Our overall experience of travelling with Campeasy has been great, and we can highly recommend you to rent a campervan with them while you’re in Iceland.

We will surely report on our summer iceland trip as well and if we went with a campervan from Campeasy or not and what we can recommend you guys:))

Our roadtrip in iceland took us from the northern capital of Reykjavik to the Snaefellsnes-Peninsula. You will see images of the villages of Stykkisholmur and Grundarfjödur and of the stunning icelandic landscape in between.

Stykkishólmur is a town and municipality situated in the western part of Iceland, in the northern part of the Snæfellsnespeninsula. It is a center of services and commerce for the area. Most of the people make their living from fishing and tourism. A ferry called Baldur goes over the Breiðafjörður fjord to the Westfjords. It also is the gateway to Flatey. The origin of Stykkishólmur can be traced to its natural harbor. The location became an important trading post early in Iceland’s history: the first trading post in Stykkishólmur is traced back to the mid-16th century, even before Denmark implemented the Danish–Icelandic Trade Monopoly (1602 – 1787). From that time trading has been at the heart of the settlement’s history. In 1828 Árni Thorlacius built a large house for his home and companies, the Norwegian house, which has been renovated and accommodates the local museum.

The favorable position of the town was discovered early and in 1550 a trading post was founded at the site. Today, the most important sector of employment in the town after the fishing industry is summer-time tourism.

The town was named after a small island in front of the harbor called Stykkið („the piece“). The nearby mountain of Helgafell is the burial place of Guðrún Ósvífursdóttir, a heroine of the Icelandic sagas.

The town’s former library has been restored as a public hall and contains an installation by the American artist Roni Horn.

The sports club of Stykkishólmur is called Snæfell, named after the glacier Snæfellsjökull, which is located on Snæfellsnes. The town’s most popular sport is basketball.

Grundarfjörður is a small town, situated in the north of the Snæfellsnes peninsula in the west of Iceland. It is situated between a mountain range and the sea. The nearby mountain Kirkjufell forms a small peninsula.

The town received the right to do commerce in 1786. Around 1800, French merchants came to Iceland and lived in Grundarfjörður, where they constructed a church and a hospital of their own. The town has become rich through the fishing industry, and this wealth shows in the style of the original, luxurious houses being built.

The Snæfellsnes is a peninsula situated to the west of Borgarfjörður, in western Iceland.

It has been named Iceland in Miniature, because many national sights can be found in the area,  including the Snæfellsjökull volcano, regarded as one of the symbols of Iceland. With its height of 1446 m, it is the highest mountain on the peninsula and has a glacier at its peak (jökull means „glacier“ in Icelandic). The volcano can be seen on clear days from Reykjavík, a distance of about 120 km. The mountain is also known as the setting of the novel Journey to the Center of the Earth by the French author Jules Verne. The area surrounding Snæfellsjökull has been designated one of the four National Parks by the government of Iceland.

The peninsula is one of the main settings in the Laxdœla saga and it was, according to this saga, the birthplace of the first West Norse member of the Varangian Guard, Bolli Bollasson. Other historical people who lived in the area according to the saga include Guðrún Ósvífursdóttir, Bolli Þorleiksson and Snorri Goði.