Iceland at christmas time – while working & travelling in Iceland in December we captured the streetlife in the nordic capital of Reykjavik and especially the christmas decorations.

Jól is the term used for the Christmas holiday season in Iceland and the Faroe Islands and was originally an Old Norse religious festival, also called Yule.

Whereas the start of jól proper is announced by the chiming of church bells throughout the country in the afternoon of 24 December, it is more accurate to describe the season six week event, consisting of seven key phases and dates: Aðventa (advent, the four Sundays preceding jól), aðfangadagskvöld (Yule eve), jóladagur (Yule day), annar í jólum (second in Yule/e. boxing day), gamlársdagur (old years day), nýársdagur (New Year’s Day) and þrettándinn (the thirteenth, and final day of the season).

The main event in Iceland, is Christmas Eve (aðfangadagskvöld), when the main Yule meal is served and gifts are exchanged. 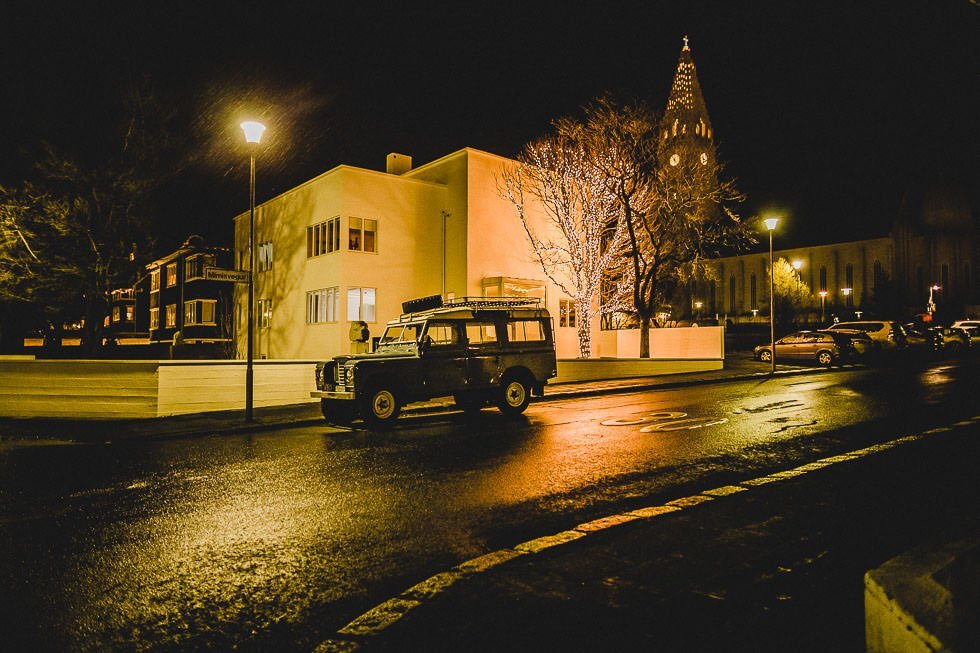 Landrover – the car for discovering and coping with the north 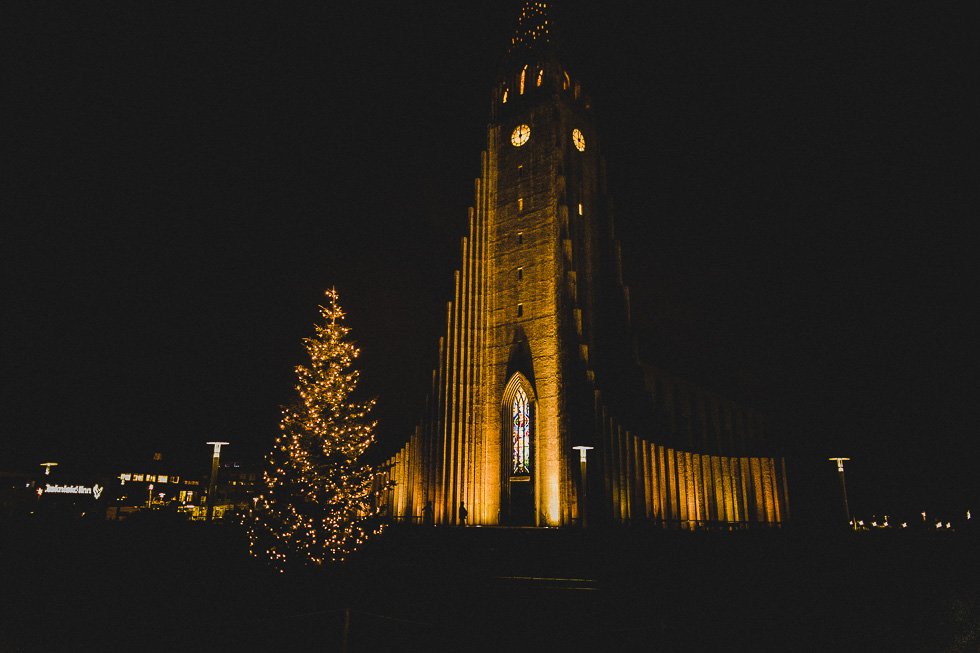 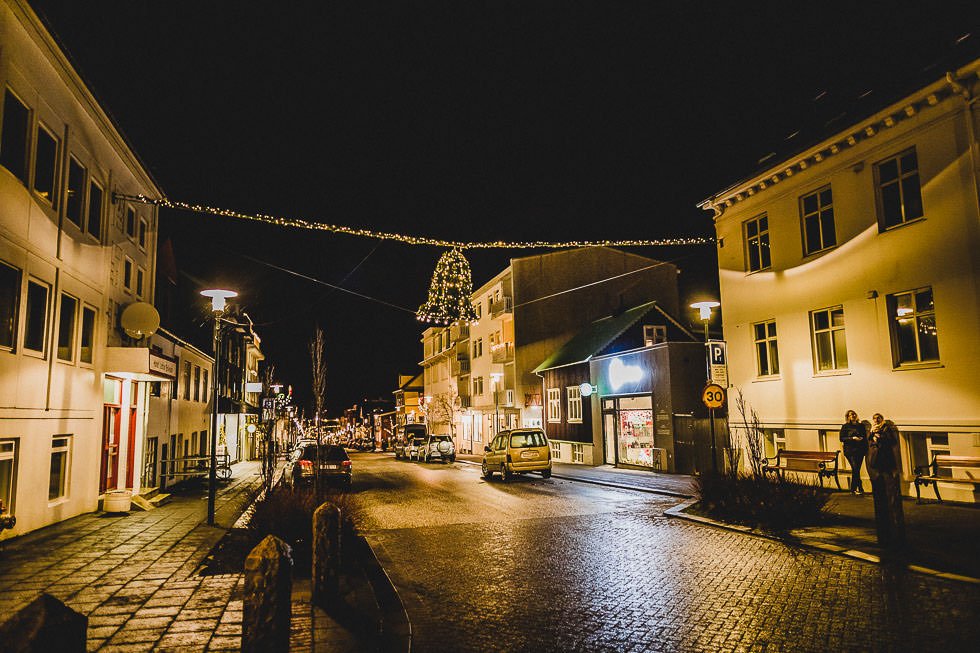 Tourists enjoying the photographic images of iceland at Fotografi the little red store in Reykjavik. Fotografi features the work of contemporary icelandic photographers

Ice skating at Ingolfstorg Square – Nova in cooperation with Samsung and Reykjavik City opened up an ice skating rink at Ingolftorg Square with a small christmas village decorated with lights where you can enjoy food, drinks and other goods while getting into Christmas & Winter spirit

Brynja was founded in 1919 and sells Hardware and Tools and is one of the oldest shops at Laugavegur.

A funny cat at Geysir store referring to Jolukötturinn

101 Sport Reykjavik – if you are a fan of the icelandic national football team you should know this place. Of course they sell the original football t-shirts there

Another car of the north Range Rover

Jolaköturrinn – The Yule Cat is a huge and vicious cat who lurks about the snowy countryside during Christmas time (Yule) and eats people who have not received any new clothes to wear before Christmas Eve.

Icelandic Christmas folklore depicts mountain-dwelling characters and monsters who come to town during Christmas. The stories are directed at children and are used to scare them into good behaviour. The folklore includes both mischievous pranksters who leave gifts during the night, and monsters who eat disobedient children.

The figures are depicted as living together as a family in a cave and include:

These Christmas-related folk tales first appear around the 17th century and display some variation based on region and age. In modern times these characters have taken on a slightly more benevolent role.

The first mention of the Yule Lads can be found in the 17th century poem, Poem of Gryla. Gryla had appeared in older tales as a troll but had not been linked to Christmas before. Gryla is described as a hideous being who as the mother of the gigantic Yule Lads who are a menace to children.

Early on the number and depiction of Yule Lads varied greatly depending on location, with each individual Lad ranging from a mere prankster to a homicidal monster who eats children. They were used to frighten children into good behaviour, similar to the bogeyman. The King of Denmark objected to their use as a disciplinary tool.

In the late 18th century a poem mentions there being thirteen of them. In the mid-19th century, author Jón Árnason drew inspiration from the brothers Grimm and began collecting folktales. His 1862 collection is the first mention of the names of the Yule Lads.

In 1932, the poem Yule Lads was published as a part of the popular poetry book Christmas is Coming (Jólin koma) by Icelandic poet Jóhannes úr Kötlum. The poem was popular and so established what is now considered the canonical thirteen Yule Lads, their names, and their personalities.

Gryla is originally mentioned as being a giantess in the 13th century compilation of Norse mythology, Prose Edda, but no specific connection to Christmas is mentioned until the 17th century. She is enormous and her appearance is repulsive.

The oldest poems about Gryla describe her as a parasitic beggar who walks around asking parents to give her their disobedient children. Her plans can be thwarted by giving her food or by chasing her away. Originally, she lives in a small cottage, but in later poems she appears to have been forced out of town and into a faraway cave.

Current-day Gryla has the ability to detect children who are misbehaving year-round. During Christmas time, she comes from the mountains to search nearby towns for her meal. She leaves her cave, hunts children, and carries them home in her giant sack. She devours children as her favorite snack. Her favorite dish is a stew of naughty kids for which she has an insatiable appetite. According to legend, there is never a shortage of food for Gryla.

According to folklore Gryla has been married three times. Her third husband Leppaludi is said to be living with her in their cave in the Dimmuborgir lava fields, with the big black Yule Cat and their sons. Leppaludi is lazy and mostly stays at home in their cave. Gryla supposedly has dozens of children with her previous husbands, but they are rarely mentioned nowadays.

The Yule Cat a huge and vicious cat who is described as lurking about the snowy countryside during Christmas time and eating people who have not received any new clothes to wear before Christmas Eve. He is the house pet of Gryla and her sons.

Though referred to as an ancient tradition, written accounts of the Yule Cat have only been located as recently as the nineteenth century. The threat of being eaten by the Yule Cat was used by farmers as an incentive for their workers to finish processing the autumn wool before Christmas. The ones who took part in the work would be rewarded with new clothes, but those who did not would get nothing and thus would be preyed upon by the monstrous cat. The cat has alternatively been described as merely eating away the food of ones without new clothes during Christmas feasts. The perception of the Yule Cat as a man-eating beast was partly popularized by poems of Jóhannes úr Kötlum as with the rest of the folklore.

The Yule Lads are the sons of Gryla and Leppaludi. They are a group of 13 mischievous pranksters who steal from or otherwise harass the population and all have descriptive names that convey their favorite way of harrassing. They come to town one by one during the last thirteen nights before Christmas (Yule). They leave small gifts in shoes that children have placed on window sills, but if the child has been disobedient they instead leave a potato in the shoe.

In modern times the Yule Lads have been depicted as also taking on a more benevolent role comparable to Santa Claus and other related figures. They are generally depicted as wearing late medieval style Icelandic clothing, but are sometimes shown wearing the costume traditionally worn by Santa Claus, especially at children’s events.

© 2023 projectphoto.ch|ProPhoto 4 . Designed by The Shoppe