In January we found this request in our e-mail inbox for a small, intimate wedding in Baden and Wettingen and it came straight from our neighborhood as the bride and groom are living only two streets away from our own home.

We chatted a bit with them about their wedding and their plans for their very special day, provided them with an individual offer and two hours later we fixed everything and send them our contract. Game, set, victory we would say.

Their wedding took place on a friday afternoon – they invited only  20 of their nearest family members and friends to witness their civil ceremony at Villa Boveri Baden. The Villa Boveri is the former home of the Brown Boveri & Cie (BBC)

firm co-founder Walter Boveri, Villa Boveri is a unique testimony to the industrial founding era. The salon – in which the civil ceremony took place –  is today called the music room, but it is well recognizable.  Since 1976 it is a listed building, from 1993 to 1995 it was renovated. Since 1994, the park is also listed.

The architect Karl Moser built the villa in 1896 and 1897, and Evariste Mertens designed the park in the style of an English or „wild“ landscape garden. Until the First World War, the complex was extended in several steps with a garden house, an economy building, a second park section with terraced garden in the style of the Neo-Baroque, a riding hall, a garden room and a bathing hall with swimming pool.

Buildings and gardens and their numerous historically and artistically valuable elements are today a total work of art, worth a visit.

Baden itself is both an industrial-urban settlement in the large agglomeration of Zurich with modern urban accents, as well as a quiet spa resort and cultural center – a city of contrasts.

Within the metropolitan region of Zurich, Baden forms the center of a significant sub-agglomeration with around 100,000 inhabitants. The city itself has over 19,000 inhabitants. It is thus the third most populous municipality in the canton after Aarau and the neighboring municipality Wettingen,

with which it is geographically and economically intertwined. At 47 ° C, 18 sulfur springs give Baden the most mineral-rich thermal water in Switzerland.

The history of Baden dates back to the 1st century AD, at that time under the name „Aquae Helveticae“ – as a lively spa town – when the Romans began to use the warm thermal springs. Against rheumatism and circulatory diseases early on the banks of the Limmat a spa district with magnificent buildings was built. Personalities such as Goethe, Nietzsche and Dürrenmatt have relaxed in the Baden thermal water. Bathing is done today in the wellness facilities of the spa hotels. Today, the spa district with numerous hotels is an oasis of peace.

In 1297, the formal founding of the city was carried out by the Habsburgs. With the construction of the thermal bath of architect Mario Botta, the unique thermal springs are again to become a visitor magnet, a meeting place and the flagship of the city of Baden. The lively town, just 20 minutes from Zurich and the airport, offers a rich cultural offer. International festivals and the Grand Casino are among the highlights. The car-free old town with historic defensive and civil buildings, several theaters and well-known museums are further cultural attractions. The Langmatt Foundation is one of the best art collections in Switzerland – the industrial families Brown and Boveri have left valuable pictures and furniture from the time of impressionism.In the Swiss Children’s Museum, the little ones will feel comfortable, it brings together exhibits from 300 years of children’s world. Not far from the spa park with its ancient trees and the Grand Casino rises the golden Power Tower, designed by the Basel architects Diener & Diener for the companies ABB and Alstom. New urban design accents are set in abandoned industrial areas. The nearby former ABB site now houses an adventure center with a multiplex cinema, café and congress rooms.

The Confederates conquered the city in 1415; Until 1798 Baden was a subject city, but had as a spa town and most important meeting place of the federal Diets (until 1712) an outstanding position.
At the time of the Helvetic Republic Baden was the capital of the canton of Baden, since 1803 the city belongs to the canton of Aargau.

As the birthplace of Brown, Boveri & Cie. (today’s Asea Brown Boveri) and important location of the GE Group (until 2015 Alstom), Baden is an internationally important center of the electrical engineering industry.

After the ceremony the celebrations started with a wedding reception at Villa Boveri before bride and groom and  their wedding guests departed for the wedding dinner at Schloss Schartenfels in Wettingen.

Gottfried Anner, court chancellor and later vice-bailiff in Baden in May 1875 acquired 63 aren vineyard and fishing grounds in the area of ​​the Schartenfels for only CHF 5,000.00. The seller was the former district attorney Jakob Bopp. In the same year he was able to acquire more land. In 1881 Gottfried Anner had a Rebbäuschen with a tower of stone and wood built on the Wettinger Lägernsporn Schartenfels. The foundation stone for today’s Schloss Schartenfels was laid. Only one year later, at the request of Anner, the municipal council granted permission to open a summer economy.

After a further purchase of forest and rock, castle park and wine-growing area, Anner was able to increase his land holdings to three hectares. The cost of this land purchase amounted to Fr. 45’000.00. The expansion to a castle-like facility took place in 1894.
Unfortunately, the Wettinger obtained at a request of the authority of Baden a demolition of the meantime ruined castle tower. Thus, a striking and essential component of the system disappeared. After various hand changes in the period until 1978 decided on 27.June of the same year the local community Wettingen to buy the plant and speaks at the same time a loan for the reconstruction and the renovation of the restaurant Schloss Schartenfels. The opening of the restaurant was on April 30, 1979. Since 2007, Gian and Denise Riederer, are the proud tenants of Schloss Schartenfels. 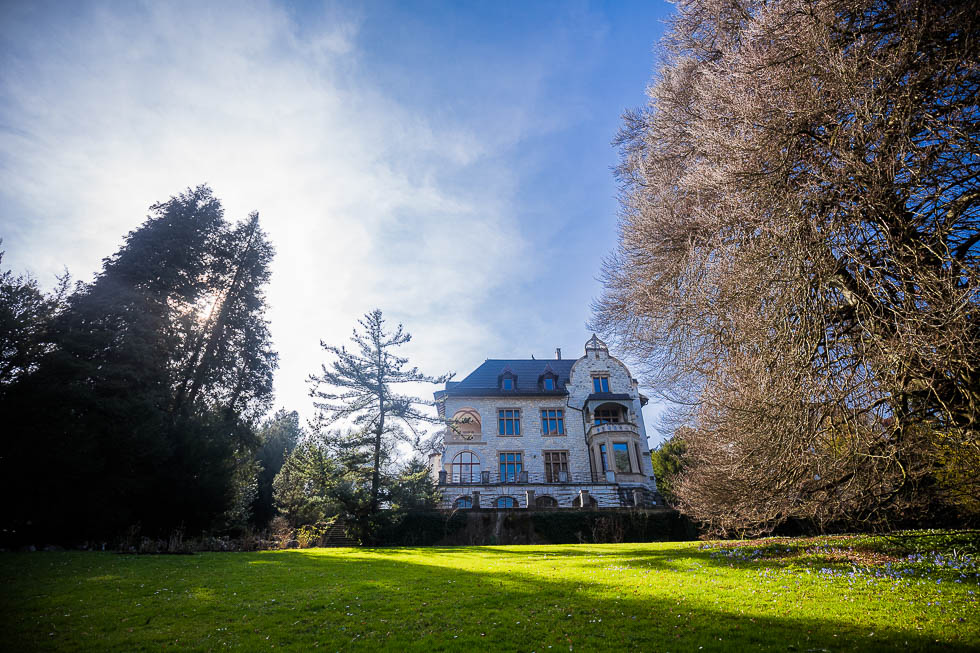